How I got into tech 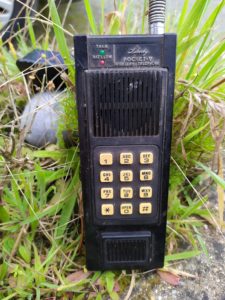 Dad loved this phone. I used to get in trouble for borrowing it. Before there were “cordless” phones and well before many people had mobile phones, this was an early “I’m in the garden” device.! 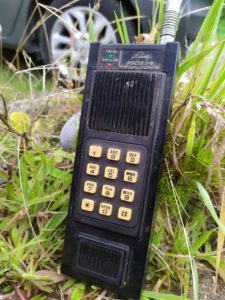 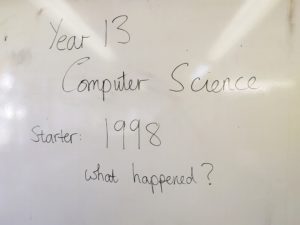 The wonderfully talented Year 13 A Level Computer Science class that I teach weren’t quite sure what to make of my scrawled starter question: what happened in 1998?

They made some great suggestions (considering that this occurred comprehensively before their birth!), but what I remember of 1998  is that the idea started to formulate in my mind that not everyone was going to grasp what computers were all about in time to join the rapidly approaching Twenty First Century.

Twenty years on it is clear to me that the need for Computer Education, in all its forms, is as urgent today as it was back then.

Farewell to my Cousin Joe. I just wanted to record here how much I miss him – we all do. Joe always supported any tech venture that I made. The way that he pondered a concept, and gave gentle pointers was such a precious gift. 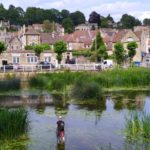 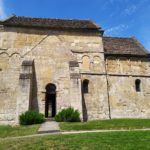 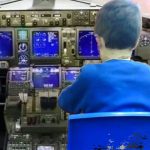 Meanwhile in school the fun with tech was endless!
We used I Can Present software to add virtual backgrounds for many different scenarios such as spelling skills in the Bake Off kitchen; career imaginings; historical visits and geographical reporting. 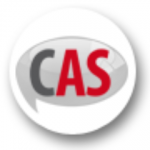 Claire and Sam had been attending our RIG meetings. After one session the suggestion was made: I could train to become a CAS Master Teacher after which our RIG meetings could be classed as CAS Hub meetings.

This provided a huge boost to our support and widened the network exponentially. CAS then agreed to allow our RIG meetings to be held at the CAS HQ in North Star, Swindon.

When in 2017 I commenced my NPQH studies I could hand over the running of the RIG to James, secure in the knowledge that he had CAS behind him too.

We still meet termly – everyone is welcome.

I was invited to become a Leading Teacher for ICT (as it was) in 2010 then an SLE (Specialist Leader of Education) for Computing (as it became) in 2013. In the meantime I set about creating a group who could share good practice around the use of technology in schools. There had been network meetings led by a LA employee called Anna but when that role was discontinued there was a danger of Swindon not having any support for computer teaching.

I formed the Research and Innovation Group for Computing. The Swindon Teaching School, especially David Hughston, were a great support from the outset. As an SLE for the STS I could use their facility at Drove to host gatherings. With James and Eve I set about creating a Scheme of Work to provide ideas for teaching the new Computing curriculum. I persuaded Mike, the Head of Goddard to host a Scheme of Work launch day for which we had 47 attendees. Our subsequent Scheme of Work was adopted by many Swindon Primaries as a go-to text.

To widen the provenance of our RIG beyond the Swindon Teaching School, I formed the SSCP: The Swindon Schools Computing Partnership. In these years the RIG moved between many Swindon schools who agreed to host us. I built the www.swindonrig.net website and James and I created the Cartoon Assessment System.

We met every term, had many visiting speakers, shared what we knew and attendance was always free of charge.

Over time a network developed that is now established in Swindon and the surrounding area. What we needed was a new permanent base. 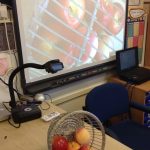 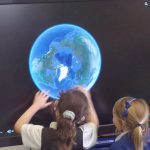 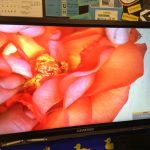 The projectors, and subsequently the Clevertouch smart boards beamed out in front of my class imagery and interactivity in support of every subject that we studied. Although my focus was on learning learning, as it were, and of exploring how schools were expected to teach tech, I couldn’t help but bring aspects of technology-assisted learning into every subject, and most lessons. There were two outcomes: I found myself enjoying teaching all subjects (ok, with the notable exception of PE!) and I came to realise how very cross-curricular the act (soon to be named the subject) of computing actually was.

To my surprise – almost my consternation – I realised how few teachers in Swindon were applying tech to their lessons as a matter of course. It occurred to me that perhaps I could share some of what I was doing. 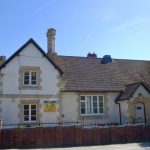 On graduating Bath Spa in ’06 and having met my future wife Rachel there I felt on top of the world!

I nearly didn’t apply for the job at Bishopstone but Rachel and I were both going for schools in Swindon and I had no idea what 0.6 meant (2 days off a week for the whole first year, it later transpired!)

Sue was the ultimate Headteacher. She had been an excellent teacher before stepping up to become an extraordinary- and highly respected Headteacher of the same school. The staff were full of character and flair – the scope for teaching what we knew to be interesting for the children (rather than what had been pre-defined by an homogeneous entity as being appropriate), was immense: we tackled the business of learning in our own way and, as far as possible, as a team. We were a small school but with room for big ideas.

There had recently been built a new ICT Suite and there was an opportunity to take over the leadership of that subject. Although technically an English specialist (having studied Middle Years PGCE) – it was clear from the outset that knowing how to get the most from computers was going to be an in-demand skill and one that it would be prudent to explore – hardly a hardship! 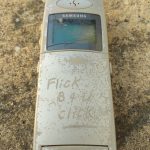 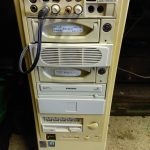 With a  whopping 400 Mhz PII (twin 10GBs) Bertha whirred into life in 1999. I nested Bertha in The Studio – a re-imagining of my Dad’s 1970s shipping office. The buoyant blue that Dad had painted each length of wood panelling became dynamic orange and lusty red; his shipping manifest board took on a new role detailing Microsoft Office functionality and Bertha was joined by patch-panel to a hotch-potch of other fine-de-siecle tech.

Flickernet was fun on so many fronts: renovating and extending the Studio; running a business; sharing the emerging world of computing with those who may well otherwise have been left behind; but above all: teaching.

After two years it was time to raise my game: I set off to England to gain a qualification in teaching. If I was going to deliver the best possible learning experience for my clients then it was time to learn properly how to be a teacher.